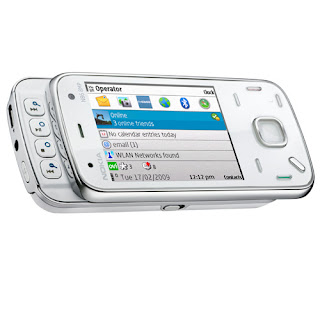 
Alongside its talent for capturing ultra high-resolution shots at up to 8 megapixels, the Nokia N86 8MP comes loaded with 8GB of internal flash memory, enabling it to stomach around 4,000 snaps. Built with Carl Zeiss Tessar optics at its core, the N86 8MP features a lens that’s in the same league as the sort of wide angle 35mm lens you’d find on an SLR camera. Likewise, the lens has been engineered to offer sharper image contrast and better colour representation.

The Nokia N86 8MP features a super vibrant OLED QVGA screen that measures in at 2.6-inches, making it an ideal window for showcasing your shots. However, this 8 megapixel S60-powered Nseries is more keenly focussed on enabling you to share you photos further afield via services such as Share on Ovi and Flickr. Plus, it comes with onboard Assisted GPS, geared towards letting you geo-tag your photographs with location info before you share them. Its GPS talents are also exploited for satnav action and location-based services such as Nokia Maps 3.0 which comes pre-installed on the device.

N-Gage ready, the N86 8MP doubles as a full-blown entertainment handset. As well as being a premium pocket games machine, it’s a music player with a standard 3.5mm headphone socket and FM transmitter for sending songs wirelessly to your in-car stereo. It’s OLED screen is also perfectly suited for video playback (up to 7 hours), and like the N96 has a handy kickstand.

Click through our gallery of photos of the Nokia N86 8MP, to get a close-up look at Nokia’s first 8 megapixel handset. And let us know what you think about it in the comments section further down.
Diposting oleh Galaktus di 14.58.00